When Gerald Glaskin’s first novel A World of Our Own was published in 1955, the acclaimed British writer C. P. Snow commented, “I fancy he may become a novelist of importance and certainly the best spokesman of contemporary Australian society.”

Sadly, Glaskin is remembered as neither. In spite of having twenty books published — a mix of fiction and non-fiction in several genres — he is little known in Australia. With a British publisher and multiple European translations, his books fared far better abroad than at home. In many ways, he did also, his years in Singapore and Amsterdam being among his most productive. 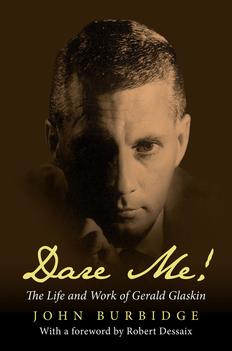 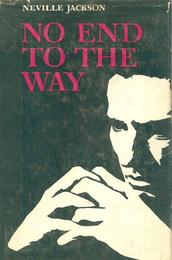 A novelist of importance

Glaskin’s writing ranged widely in subject matter, style and quality. He dared to tackle subjects regarded by many in his day as off limits — homosexuality, youth suicide, incest, Australia’s treatment of its indigenous people, and its phobias about Asia.

Glaskin, the man, was as audacious as his writing. With film-star looks and charm to spare, his electrifying presence filled every room he entered. His sharp tongue could be as rollickingly funny as it could acerbically mocking, and no slight, real or perceived, failed to draw his riposte.

Glaskin was a prominent Australian writer of the 1950s and '60s who has slipped from critical attention, largely because he was a prolific writer across many genres and forms, making his output difficult to categorise. His once-banned No End to the Way [written under the pseudonym of Neville Jackson] is not only a landmark book in its rare use of the sustained second-person narrative voice, but is perhaps Australia's first openly gay novel.

Glaskin's work offers opportunities for writing students to appreciate and experiment with a variety of techniques, styles and issues. Combined with a study of his life, it allows students to learn about personalities and creativity in Australian literature of the period and to understand what life was like for homosexual men of his day.

In Dare Me!, John Burbidge has provided an intriguing exploration of the life and works of an almost forgotten Australian writer, whose novel No End to the Way predated any open homosexual writings by Patrick White or Sumner Locke Elliott.

But Glaskin wrote on many other topics, and was a pioneer in exploring our attitudes towards relations with Asia and indigenous Australians long before these became fashionable.

Burbidge has done us a favour in bringing an important writer back to the spotlight, and recounting a life that reveals much about marginality in twentieth century Australia.
​

Dennis Altman
Author of Homosexual: Oppression and Liberation
and The End of the Homosexual?

Visit MUP's webpage for Dare Me!