The above quoatations are from Glaskin's letters, interviews and articles.

​A life lived to the inch

However much one might find fault with Glaskin’s writing or displeasure with aspects of his personality, it is impossible not to acknowledge a life-seeking exuberance in this man who defied the odds and was at times extraordinary. From the nine-year old boy who crouched under a railway line as a train screeched overhead to his last days when he engaged in ferocious verbal battles with hospital staff, he refused to live life on the periphery. Only the centre was good enough for him, and often a painful, explosive centre at that.

Glaskin was primarily an experiential person, not an intellectual one. He approached life by jumping in feet first and recording the experience afterwards. His opinions on a variety of subjects were quickly formed and boldly stated. Although he had dexterity with words, both spoken and written, they were basically tools to project, transfer and extrapolate experiences from his own life to others. He relied heavily on people, places and events he knew first hand as grist for his books and used them to tell a good tale. As his agent, David Bolt, accurately perceived, Glaskin was primarily a first-rate storyteller.

Maybe that is the way Glaskin deserves to be remembered. But he was not just a good storyteller.
​He was one who dared to push the boundaries of acceptability in his choice of subject matter and who experimented with diverse forms and styles of writing to communicate with his readers. To many Australians, he opened windows on their shuttered lives and provoked them to think about issues they had ignored or simply never dealt with. To many readers outside Australia, he offered a glimpse of people and places they had not encountered firsthand. His books, like his life, formed a bridge between vastly different worlds.

When Glaskin died in 2000, he left a legacy worthy of scrutiny and respect. The time has come to give him his due.

...with thanks to David Buchanan for the title quote

To view a slideshow of images from Glaskin's life and work, click here: 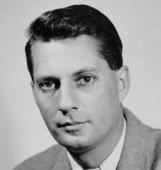 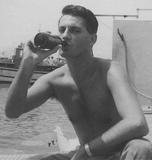 How others saw him

The above comments were made to me, in writing or in person, by people who assisted me with my research.