When an invitation to move to Singapore arose in 1949, Glaskin jumped at it. After his initial job in an auto sales firm, he joined stockbrokers Lyall and Evatt and began making good money for the first time in his life. On evenings and weekends, he flung himself into writing novels, one of which, A Lion in the Sun, depicted the dying days of the class-ridden, racist colonial society in which he lived. He enjoyed a prolific social life that came with being an expat in this rising Asian city state. A key person in his life during this period was the physician-cum-author, Han Suyin, with whom Glaskin struck up a close friendship that lasted until his death. Both budding writers, they supported, critiqued and energized each other. While Suyin captured the international spotlight with the filming of her novel, A Many-Splendoured Thing, Glaskin never achieved such status. Although many of  his books were optioned for filming, only one was made into a movie.

Like Singapore, Amsterdam offered Glaskin a chance to establish himself as a writer and to define himself as a person. Both cities afforded him the chance to experiment sexually, leading him to his favorite aphorism — “I’m tri-sexual. I try everything at least twice in case I don’t like it the first time.” Amsterdam was where he met his life partner of 32 years, Leo van de Pas, and was where he contemplated suicide when he became seriously ill with jaundice and found the writing muse eluding him. He developed a deep affection for the Dutch and their open, welcoming society. Returning to Australia, he found himself enmeshed in family matters, and as ‘the managing elder brother’, tended to adopt a take-charge attitude that did not always endear him to his siblings.

Born in Perth, Western Australia, on 16 December 1923, Gerald Marcus Glaskin was the eldest of seven children of Delia and Gilbert Glaskin. During his first four years in the small wheatbelt town of Carnamah he was their only child and was doted upon accordingly. When circumstances forced his family to relocate to Perth in 1927, he became aware that he was part of a much larger caring family. His mother, maternal grandmother, Nan Gugeri, and a great aunt who was his godmother became key figures in his life. As he grew up, he identified more closely with the Swiss-Italian Gugeris than with the British Glaskins. He developed an especially close relationship with his mother, whose death affected him deeply.  Initial attempts to place Glaskin in convent schools proved disastrous, as he retaliated to their authoritarian rule — a trait that would last throughout his life in relation to anyone who appeared to him as a threat, either real or perceived. He fared much better at public schools, emerging top of his class in two instances and gaining a scholarship to the highly regarded Perth Modern School. However, beset by the Depression and the onset of war, he left secondary school after two years to help out his family. In 1941, at 17, he enlisted with the Royal Australian Navy, only to be injured in a freak accident on board ship and was repatriated to Hollywood Hospital in Perth to recover. Two years later, he signed up with the Royal Australian Air Force and was sent to Canada for navigation training. By the time his training was complete, the war was drawing to a close and he returned to civilian life in Perth, but not before suffering another serious injury. 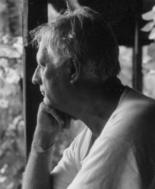 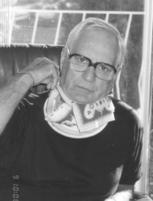 Throughout his life, Glaskin suffered several major accidents — surfing, airplane, automobile — and was plagued by a plethora of illnesses that left him in considerable pain. He spent many of his adult years wearing a neck brace and consumed inordinate amounts of analgesics. He needed help from a physiotherapist or his partner with daily exercises to ameliorate his condition. Despite these setbacks, he continued to write throughout most of his life, although in his last two decades he had only two books published, neither of which were commercially successful. Glaskin failed to take the advice of his agent, David Bolt, who begged him to stick to his winning formula as a good story-teller. Instead, he veered off into parapsychology and memoirs that never sold well. Rejections piled up and his despair grew. So did his anger, which often surfaced in personal encounters or vituperative letters he would dash off in a moment of rage. A spat with neighbors that again took him to court, an ugly battle with the state and national libraries over who should house his collection, and the collapse of his apartment ceiling only further aggravated his final years. When he was hospitalized in late 1999, the end seemed near. But even here, he never lost his fighting spirit as he became embroiled in disputes with the medical staff. Finally, on 11 March 2000, Gerald Glaskin’s life came to a close, ironically in the very same hospital in which he was repatriated as a young naval rating and where he decided to become a writer. Those close to him paid tribute to his caring nature, while noting his combative personality. Local newspapers acknowledged his passing but the Australian literary world didn’t seem to notice

Glaskin’s earliest literary efforts were short stories he submitted to local newspapers. His first was published when he was 14 and he went on to have more than 100 featured in publications across Australia and abroad. His debut novel, A World of Our Own, was published in 1955 by the British publisher, James Barrie (later Barrie and Rockliff), who published 13 of Glaskin’s 20 books. Based on his own experiences returning to civilian life after the war, the novel won praise from critics and led to his being awarded a Commonwealth Literary Fellowship. Glaskin was fortunate in having a number of people guide him as a young writer, among them two notable Perth authors, John Keith Ewers and Henrietta Drake-Brockman. As well as being literary mentors, they became personal friends on whose advice and friendship he came to rely. Despite suffering several personal tragedies in the 1960s, these years were Glaskin’s most productive as a writer, with 11 books published and one play performed. His only book written under a pseudonym, No End to the Way, has been described as Australia’s first truly gay novel, written from a homosexual point of view. Its frank portrayal of a gay relationship led to it being banned initially in Australia. Most of his books were translated into multiple European languages and many accrued impressive sales figures. During the sixties he divided his time between the Netherlands and Australia, where he was frequently featured in local newspapers and on television and could always be counted on to add a touch of humor or controversy. However, the publicity he received was not always positive, as happened in January 1961 when he was charged with indecent exposure on a Perth beach.